Note To All Visitors

Our blog gives you freebies, coupons, sweeps, contests, giveaways. reviews, news, info, great sites and a whole array of whatever interests me - as it has always been on my websites (cc 1999). Our posts are copywrite protected; a link back is appreciated. The majority of posts prior to February 2013 have been deleted.
As always, enjoy, be well, and Be The Heart of YOUR Home.

Enter now HERE for your chance to win two free tickets to see The Pilgrim's Progress at over 700+ theaters nationwide. Entry is free and a new winner is chosen every week!

This story is AWESOME....many can learn so much from it. Even if you don't enter the giveaway, you should read the book...it's a GREAT read! Glad to see it's in the movies now.
Posted by Plowlady at 12:29 PM No comments:

Complete the entry form HERE for your chance to win a catered dinner for your family and friends! I love the Hallmark Channel, this giveaway is just another reason to love them!! :)

#StartWithAmys Holiday Meal Kit Giveaway For You AND A Friend

Amy's Kitchen - We're grateful for you this holiday season! Tell us what you're grateful for to win up to $200 for ingredients, $400 worth of dinnerware and $100 in Amy's products for you and a friend.

INTERESTED IN A FREE SAMPLE?
Try 'em for free in the comfort of your own home, yard, trail, gym, wherever. As long as "wherever" is in the United States, you're all good.

"SIGN UP TO RECEIVE YOUR FREE SAMPLE
Fill out the form below to have a sample of 1850™ Brand Coffee sent directly to your door.  Sign up for our newsletter to receive emails with 1850™ Brand Coffee promotions, coupons, and other exclusive content."

source
Posted by Plowlady at 10:00 AM No comments:

BE THE FIRST TO TEST & REVIEW OUR PENS

**I know the site they're talking about as that's where I found this offer.**

I'm posting this review opportunity - where they offer giveaways and some requests to be part of their review team. This is NOT a freebie, it's the OPPORTUNITY to maybe be one of the chosen to receive free items to test and review.

We're always developing new pens and looking out for talented artists and colorers to help test and review them. Apply to become part of our testing & reviewing team here and you'll also be eligible to receive money off coupons and promotional discounts.

CAUTION: One site has posted a link to us saying we are giving away free samples. This is not wholly true. What is true is that we run promotions, voucher give aways and occasionally we do send pens to a select few testers of our products. By signing up you are not entitled to free stuff. You are applying to become one of our testers and if you are selected then when we release new products you will receive them for free. Either way you'll receive special offers and discounts.
Posted by Plowlady at 11:52 AM No comments:

Email ThisBlogThis!Share to TwitterShare to FacebookShare to Pinterest
Labels: Insider Clubs To Join

source
Posted by Plowlady at 11:45 AM No comments:

PLEASE READ THIS NOTICE *
Due to OVERWHELMING DEMAND for these samples, we are seeking people to earn extra income at home by helping us share these products. form After you complete this request form and press SUBMIT, you will be directed to learn more about our company and the business opportunity we are offering. Thank You for your interest!

Posted by Plowlady at 9:14 AM No comments:

source
Posted by Plowlady at 9:03 AM No comments:

Get free McDonald's French fries every Friday in 2018 using their app:

McDonald's says it's giving out free French fries every Friday for the rest of the year.

The company said customers will be able to get a free order of medium fries every Friday with a minimum one dollar purchase through December 30.

The fast-food chain had first announced the deal on National French Fry Day July 13, but the chain says the promotion is good for every Friday for the whole year.

McDonald's said in order to get the free fries, customers must download the McDonald's app to get the coupon, and make a purchase of at least a dollar.

"Do you like McDonald's fries? If so, you can visit the fast-food chain on any Friday for the rest of 2018. If you don't like fries but do like sodas, try coming in on a Tuesday or a
Thursday. McDonald's will give you a free soft drink on those days.

There are only two catches. First, you have to spend at least $1 at the store, excluding tax. And second, you need to order using the McDonald's mobile app--which of course means you need to have downloaded it to your smartphone. Each offer works only once per day, but you can keep coming in for free fries every Friday ("Fry-Day"--get it?), and a free drink every Tuesday and Thursday for the rest of the year, if you so desire.

Not interested in fries or sodas? There's more. If you order five coffee beverages, you can get the sixth one free. Or you can get any sized coffee for $1--both deals are good any day for the rest of the year. Or, between now and the end of September, you can get most sandwiches for $1, or a second coffee beverage for a penny when you order a medium or large one. There's yet more--you can see the full list of offerings here. And if you still can't find something you want, there's even the option to vote on a deal for the following day. Again, to get any of these deals, you must use the app.

If you're getting the feeling that McDonald's really, really wants you to use its app, you're right.The fast food chain has pinned its hopes for the future on attracting the millennials who want the convenience and speed of app ordering (as well as delivery by UberEats, which McDonald's also recently began offering). Increasing app adoption is a big part of that strategy, and even though the company said last fall that 30 million people had downloaded the app and 9 million were active users, it's hoping to get a lot more on board. And it's willing to give away a lot of free food and drink to make it happen.

Increasingly, McDonald's is competing with Starbucks, which has offered mobile ordering and app-based deals for a lot longer than McDonald's has, and it has 14.9 million members of its loyalty program, which you have to join to get freebies from Starbucks. Once you do, you can amass points or take part in "app challenges" to gain freebies, but except on your birthday, you won't get free stuff just for ordering with the app the way you can at McDonald's.

Will this strategy work in the long term for McDonald's? Probably. And once it has everyone ordering from its app, it won't have to give away quite as much free stuff. So get yourself some free fries and sodas in 2018--while they're still there."

source
Posted by Plowlady at 9:53 AM No comments:

Just popped on for this freebie, it's too good NOT to share!

It's that time of year again! July 11 will once again be 'Free Slurpee Day' at 7-Eleven. That's because, in case you did not realize, Wednesday is 7/11. (hehe)

7-Eleven convenience stores across the country are celebrating '7-Eleven Day' with free small Slurpees from 11 AM to 7 PM until supplies last.

Read more about the giveaway on their website HERE

Hi there readers and followers!

You'll never hear me complain about the heat because I hate winter so much, BBUUTT....wow, we went from winter straight to quite hot here in Michigan! It's been over 100 for the past few days. It rained today and relieved us for about 10 minutes, then BAM! Heat again...I'll take it over snow any day though!!

Here's an offer I came across today, a free ebook about Spiritual Warfare by my favorite, Dr Charles Stanley at InTouch Ministries. You can get your copy HERE

Posted by Plowlady at 6:44 PM No comments:

I know, long time waiting on a mailing from Be The Heart Of Your Home. Let me explain the absence (happens usually once a year it seems):

We shut down our internet in March and have taken a hiatus from it due to the nonsense that seems to run rampant on many, far too many, social sites. Instead of letting it fill us up with bad mojo or that feeling of hitting your head against a brick wall, we just decided to step away.

We are moving at the end of June and have decided to get back online then....I have reviews, giveaways and many shares waiting to post for you that will begin again then.

As always, Be The Heart of YOUR Home, you can't won't go wrong!

Email ThisBlogThis!Share to TwitterShare to FacebookShare to Pinterest
Labels: Side Note

FREE FROM DR. CHARLES STANLEY - A New Devotional Delivered to Your Door Each Month

I absolutely love Dr Charles Stanley at In Touch Ministries. I know I've said that in the past quite a few times, but he is that grandpa you just WANT to learn from! Anyway, he's got a devotional offer (free) if you want to request it HERE

Posted by Plowlady at 3:33 PM No comments:

From Our Home To Yours 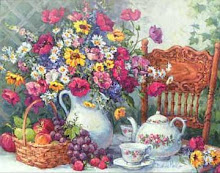 For My Honey Bear

Brand Ambassador: If I love your product I can represent your brand as a product ambassador through a series of blog posts and social media mentions. Product Reviews: If you have a kitchen/food-related product, appliance or other home/garden related product you think would be a good fit for The Daring Gourmet, contact me. We can also discuss a potential giveaway.

Our Other Blogs and Pages

Pitch It To Me!


Visit Pitch It to Me

Bw The Heart Of Your Home - It Begins With You

This Blog Is A Blog With Integrity Blog!

Note to readers: SOME links on our pages are REFERRAL links. Please read our material disclosure: